This is the HD version of the full first episode of Regeria Hope.

"Regeria Hope is, as you correctly guessed, a fresh take on the Ace Attorney formula, that manages to successfully replicate its mood and gameplay and add enough new ideas to keep things interesting." - Konstantinos Dimopoulos, Rock, Paper, Shotgun.

"Regeria Hope Episode 2 is firmly on our radar now, and is something we feel suitable excited about after playing through this lively and entertaining introduction." - Spanner Spencer, Gamezebo

Regeria Hope is a whimsical courtroom visual novel in the style of Phoenix Wright with original characters and cases. You play as Regeria, a female lawyer who can use her powers of logic and reason to prove her clients innocent.

It's not all that straightforward though. Sometimes, you may find compelling reasons for throwing a case, forsaking the very defendant you are sworn to protect. These decisions will affect the outcome of the case and will have a ripple effect on later episodes of the series.

The first trial has you defending a husband whose wife has been poisoned during the wedding reception. Currently you have the ability to prepare your witness, and interrupt other characters while they are speaking, but be careful, as you have a time limit to solve the case!

Featuring Background Art by Sendo (Check him out at http://lemmasoft.renai.us/forums/viewtopic.php?f=38&t=28312)

Regeria Hope HD has been released, changes include:

Regeria Hope 1.2.1 has been released, changes include:

Regeria Hope 1.2 has been released, changes include:

Regeria Hope 1.1 has been released, changes include: 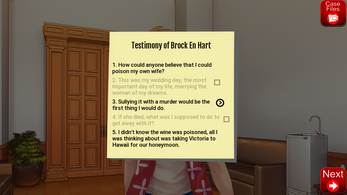 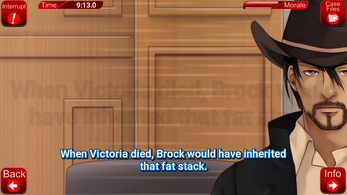 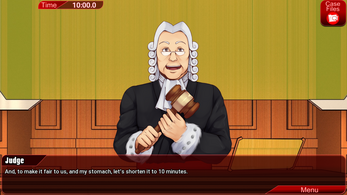 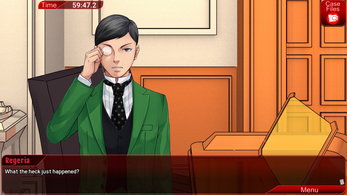 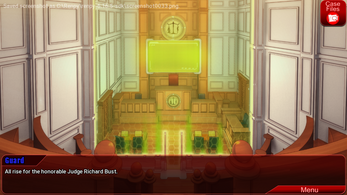